My father never went to college but ran his own business. His life and example have remained with me into adulthood and are compelling me to become a writer to tell his story. 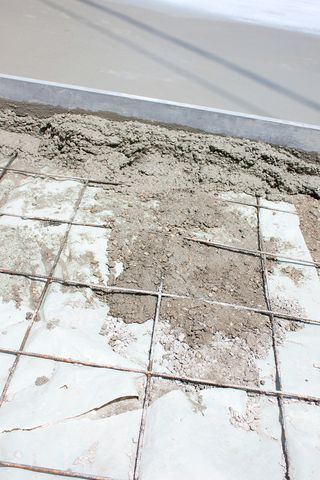 “By these things examine thyself. By whose rules am I acting; in whose name; in whose glory? What faith, humility, self-denial, and love of God and to man have there been in all my actions?” –Jackie Mason

At my father’s funeral, his brother in-law Rev. Reed, who leads a church in Baltimore, preached his eulogy. After listening to the sharing from family and friends, dad's golfing buddies, and others, Rev. Reed stated that someone should write a book about an ordinary, hard-working man who raised an extraordinary family. My uncle, Samuel Jackson, called my father “one of the hardest working men I’ve ever known.” He was amazed at the level of strength my dad had and could not understand how someone could work so hard and provide so much. You see, my dad and mom took care of my cousins with the six of us during the summers when we were teenagers.

My father never went to college but ran his own business. His life and example have remained with me into adulthood and are compelling me to become a writer to tell his story.

My first memory of my father was when he came home from work. He would have a little something to eat and take a nap in our family room. Sometimes he would take off his shirt while he napped; he was well built and even had a six pack. He remained in shape most of his working life, developing a solid physique from working outside in the sun. However, he only stood 5’9". He worked as an independent contractor pouring concrete for new homes in Florida and was trained as a mason building concrete foundations, sidewalks and driveways. His work was extremely strenuous and difficult. After becoming a teenager, I stood taller than my father but I would never challenge him because of my respect for him and his incredible strength.

My father awoke every morning at 5:00 am and worked in the Florida heat year round. The men who worked with him or knew him respected his work ethic.

When I was in middle school, I went to work with my dad to earn money during the summer. One day we went to a job site. We got out of the truck where we had to prepare the floor of a house before framing the driveway that was filled with piles of dirt. After we boarded up the area to set the driveway and sidewalks, the concrete truck came at about 2 o'clock.  I think we finished at around five or six o'clock that day and my dad stopped for 10 minutes to have a sandwich; he worked the entire time. This was during the summer where the weather would typically top out at about 95° or 100°.

My oldest brother Wendell took after my dad. He spent his summers working with him pouring concrete while in high school. One day when they were scheduled to pour the foundation for a home in Lakeland, Florida, to the south of town, the truck that delivered sand required to pour the foundation delivered too much. Dad and Wendell were the only men working that day, and Wendell looked at my father and asked, “When are the other men coming to help with this load of dirt?”  “Well son, looking at the sand is not going to move it in its place – let’s get going,” my dad said.  As they begin to move the mountain of sand in place dad said, “You have to move it one stove at a time and use your legs.” By 12 noon they had removed the excess dirt and prepared the foundation for the concrete trucks.  My brother told me he would never forget that lesson.

I never heard my father complain, whine or pout about his life. He loved being responsible and being the breadwinner who provided food, clothing, and shelter, while having the energy to engage with his six children after putting in long hours in the sun. He and mom purchased the home I grew up in when I was one and seemed to be well off supporting us. My dad supported our goals and dreams. He helped all of us get started with college although they didn’t have a lot of money. Dad and mom never went to college, but they made sure we all had the opportunity to go to college;
four out of six of us attended college, the other two went to vocational schools. They worked hard to support us and made it their goal for us to understand the importance of education.

For the majority of my life growing up, my mom and dad had a great relationship and she supported him in his efforts to support our family. Like many married couples whose children have left home for college they experienced their share of marital ups and downs. It was the empty nest syndrome. Mom respected dad because of their relationship and also for the way he supported us. My parents grew up during the 1930’s and 1940’s, so being black in the South wasn’t a walk in the park. They loved each other and they loved us. I personally felt like I grew up wealthy and was shielded from the social and political tension of the 60’s. Like Rosa Parks, my mother was also told to move to the back of the bus or get off; afterwards my father made sure we always had two cars. I personally had no idea.

The men in my town called my dad W.C.; he was well-known within our community. I learned that my dad wasn't someone to play with because of the way the men respected him in town.

He was drafted and served in the military during the Korean War before most of my siblings and I were born. He would tell us interesting stories of his experience in the Army but he didn’t go to Korea.

In the 70’s my father started playing golf and I have fond memories of going to golf tournaments with him and my sisters, staying in hotels and meeting new friends. Because of his physique and strength he became a really good golfer and upon his death I learned that he won 18 trophies during his time in the amateur black men’s golf league. He taught me to play and after his death, I inherited his golf clubs. I’ve learned to play pretty well using his clubs. 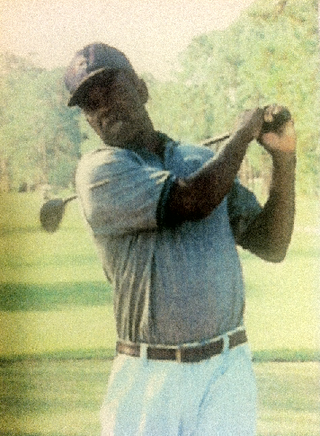 One of the most poignant memories I have of my father was the way he worked to take care of his mother. My father loved his mother and he did whatever was required to support her throughout her life and her transition towards death.

He also did a lot to take care of others in our community. He served on a number of boards in the church we attended and he supported many of the elderly that needed help around their homes. He was also a great grandfather.

Finally, I remember dad teaching me how to support and raise my own family, especially how important it is to support my daughter as she becomes a young lady. I remember him when I get up and go to work. I remember him when I pay bills, buy food and ensuring we have proper clothing and shelter, because that’s what dads do. His example helped me to make a decision not to pursue my career as a professional musician so that I would be there for my wife and kids and not go on the road performing. Reflecting back on my dad's strength means a lot to me and has helped me become the man I am today.

What memories do you have of your father? How has your father’s work ethic impacted your life?